Guaranteed Risks in Your Annuities

Regulators in our industry frown upon the use of the word ‘guarantee’ for obvious reasons. If you live long enough (or study economic history) the only guarantee in life is we will all eventually die. The exception to the use of the “G” word seems to be in the use of annuity contracts. These contracts are all full of the word, making them easy to sell to clients by advisors who are confident the insurance company will be able to stand behind their guarantee. 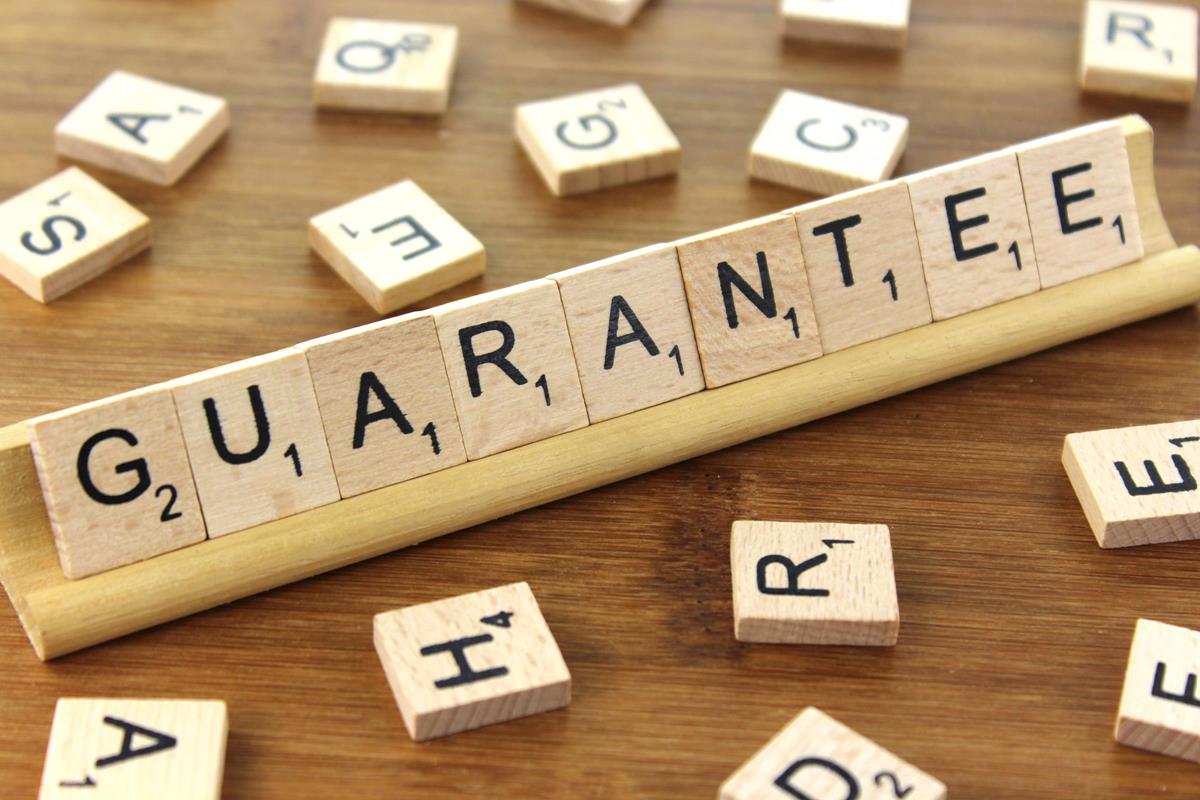 Before you send me hate mail or stop reading, let me say I have no issues with advisors using annuities or other insurance products in the financial planning process. In pretty much any speaking engagement, whether in front of clients or advisors I have said as much. That said, I would not be fulfilling my role as the OCIO (Outsourced Chief Investment Officer) for so many advisors around the country if I didn’t educate these advisors on the risks behind these “guaranteed” contracts.

I’ve spent quite a bit of time digging through offering documents, speaking to advisors about the various contracts they use, asking anybody in our industry if they understand the mechanics behind the contracts, and conducting my own research on how they work internally. I’ve had a few motivations:

There are a few things I have found I think everyone offering an annuity needs to understand.

Understanding all of the above, I saw a presentation from the head of risk strategy at AXA. It was an eye opening look at the risks insurance companies are facing when they offer any sort of annuity. Here is his list of “what keeps insurance risk managers up at night”:

Looking at the list above, besides the major risks in the BBB bond market (article coming soon), counter-party risk is screaming at me as the primary risk annuity holders are facing. Again, NOBODY can guarantee all of their counter-parties are not doing something stupid inside another division that the other divisions are not aware of. When you add in the potential for tens if not hundreds of billions of dollars of investment grade bond downgrades, things can get ugly rather quickly. Maybe the Fed will bail them out, maybe Congress will, or maybe the social mood will not allow either of them to step in and save an industry that has done nothing to help the American economy (in the eyes of the electorate). I don’t want to take that gamble.

Digging into the Counter-Party Risk 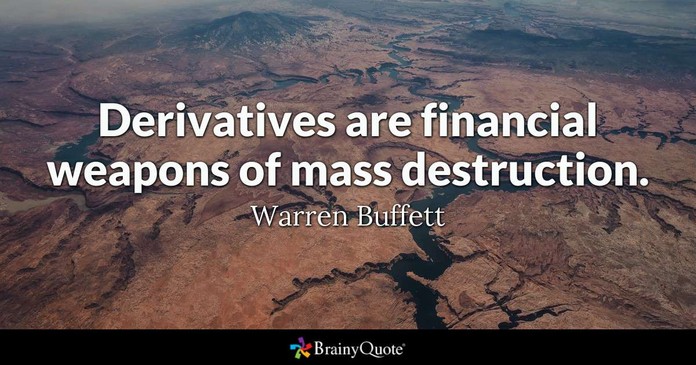 Parents know if you don’t punish your child for breaking a rule, they will break it again (and probably become more brazen). I said the same thing following the ‘solution’ to the financial crisis — giving the biggest banks who were failing Trillions of dollars while letting smaller banks fail. Looking at the most recent report from the National Association of Insurance Commissioners it appears my prediction is closer to coming true. The report posted in November 2018 only had data through the end of 2017, but it does give us a slightly better feel of the potential counter party exposure in the insurance industry.

First off, 13% of insurance company holdings (or $331B) are in the financial services sector. Of those bonds, 55% mature in the next 5 years (which will be at rates significantly higher than they had in the previous 5 years.) [Source] Worse is their derivatives exposure. At the end of 2017 it had climbed to $2.4 Trillion. This is up from $1 Trillion at the end of 2010. These “financial weapons of mass destruction” (as described by Warren Buffett) nearly brought down the entire global financial system. Again, when you do not punish somebody making a mistake they will make the same mistake again (but often in a bigger way).

65% of this counter-party exposure is with just 10 entities. This leaves 35% exposure to who knows which entities. In 2016, AIG was in the top 10, but was surpassed by BNP Paribas in 2017. The question is what other insurers besides AIG are also providing “hedges” for other insurers? I also highlighted the foreign banks that are on the other side of the hedge for the insurance companies. Even if the Fed decides to bailout the Wall Street banks despite what is likely to be a major populist backlash, will they also bailout the foreign owned banks?

Problems in the BBB bond market WILL cause problems with the counter-parties. They are all linked.

What can you do for your clients?

I truly hope I am wrong. If I’m not, some people I consider good friends could be hurt badly if not pushed out of the business. I saw it happen the last two times the financial bubble burst. I think this time could be even worse because the thing that saved us last time (massive debt-fueled stimulus) is the very thing that will cause the next crisis. Even with proper preparation a mass downgrade in the BBB bond market combined with a social mood that doesn’t allow any bailouts could cause serious collateral damage. There aren’t a lot of things that keep me up at night, but this is at the top of the list.

One thing I have done is renew my premium subscription to Weiss Ratings. For those of you not aware, unlike the popular ratings services such as A.M Best, S&P, Moody’s, or Fitch, Weiss only receives compensation from their customers (those wanting an unbiased opinion on whether a company has specific financial risk.) Weiss was invaluable during the financial crisis for us as we helped our clients and advisors figure out which insurance companies, banks, credit unions, and other financial companies were at risk of going under.

As the Outsourced Chief Investment Officer (OCIO) for a group of advisors we call our Platinum Advisors, I am offering to begin tracking the annuity issuers they are using. If you are in that group, please send me a list of which insurance companies you are using and which products you use. I will not only prepare a report on the issuer, but I will add them to a watch list so we can see if they are downgraded (or upgraded) as we progress through the next recession. There are some stronger ones out there based on the first screen I ran with one of our Platinum Advisors.

If you’re not yet an SEM Platinum Advisor, but would like to learn more, drop me a quick note and we can schedule a time to talk.

As part of my research process, I used this template to dig into the details of the various annuity contracts. If you are utilizing any fixed annuities, index or otherwise, I’d encourage you to use it.

I understand this will upset a lot of people. With back-to-back record sales years for index annuity products, I know many of our readers have begun making annuities a major part of their business. I truly hope I am wrong. At a minimum, I’m probably early — I usually am. Please do not take this as a “all annuities are bad” message. My job is to look at risks our clients and advisors are taking and this one is overwhelmingly at the top of the list. Do what you must with this information.

If you’re an insurance wholesaler, I would love to talk about your products with the risk manager at your firm. With our network of advisors knowing which firms have excessive risk and which ones do not could give your firm an advantage over the others.

Jeff is a CFA charterholder and received his Bachelor of Science degree in Business Administration (Finance & Accounting emphasis) from the University of Northern Colorado, where he was a member of the Financial Management Association National Honor Society.  He has worked in the field of accounting and finance since 1992.  Jeff was one of the minority of advisors warning about the looming financial crisis. SEM first warned about the upcoming recession in December 2006. In addition to helping his clients successfully navigate the dot-com bubble bursting, his piece, The Pending Forest Fire was widely criticized as ‘doom & gloom’ marketing by advisors throughout 2007 and early 2008. Instead it correctly predicted how easily the crisis could spread due to the bubble cycles created by the Federal Reserve. Prior to joining SEM, Jeff served as a Fund Manager/Analyst for the UNC Alumni Foundation Fund, a balanced portfolio consisting of equity, fixed income, and cash securities.  He joined SEM in October 1998.

About Jeff Hybiak, CFA
New Kent, VA
Jeff joined SEM in October 1998. Outside of SEM, Jeff is part of the worship team at LifePointe Christian Church where he plays the keyboard and bass guitar. He also coaches a club soccer team.
Previous Post : Why debt is a problem   Next Post : Adjusting EGA's Sails