Things are getting interesting out there. The market SHOULD be rising strongly. 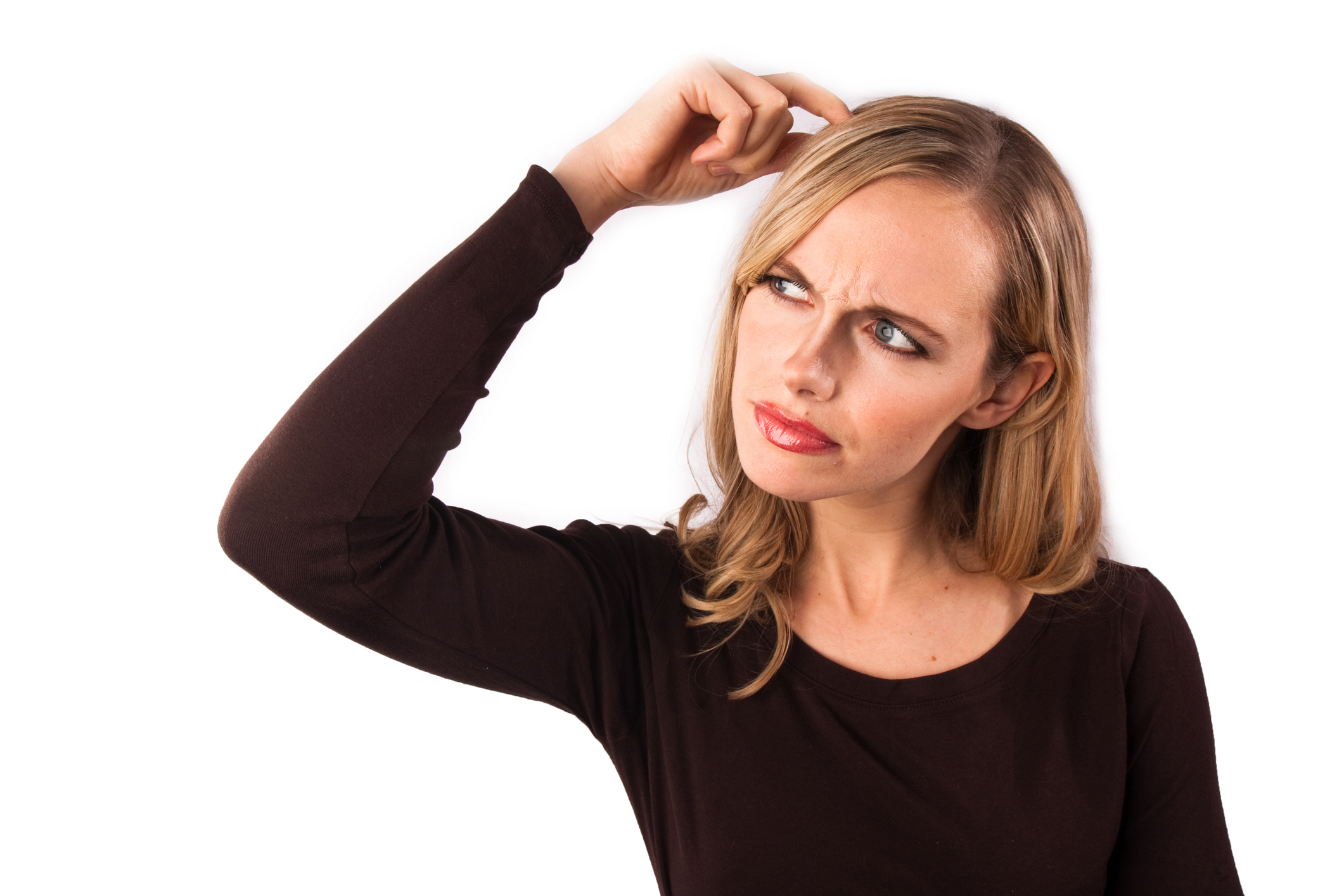 So why isn’t the market rising? Friday we saw a strong 1%+ rally fade into another flat close. Government bonds were crushed around the world following Janet Yellen’s speech and are continuing to be hit as we start the week. I think this is a combination of a theme I’ve discussed many times — the markets are growing increasingly concerned that the Fed is making it up as they go along and is tired of the constant wishy-washy assessment of the economy and how they might react. As we mentioned last week, it’s time we all start understanding the Fed’s policies may be causing far more harm than good.

Bond investors also do not like to hear the Fed is going to allow inflation to run “hot”. High inflation erodes purchasing power and makes the coupons received less valuable, so the prices adjust for an “inflation premium”. This leads to higher interest rates and lower bond prices. Weaker government bond prices can cause investors to lose confidence in the overall market and they also cause the risk premium on stocks to increase. This again leads to lower prices.

I’ve also heard many traders say their clients are expressing concern that Donald Trump’s rapid decline may lead to a Democratic sweep of Congress. While Wall Street has clearly backed Hilary Clinton, they were under the assumption we would continue to have a Republican Congress. This type of split is something Wall Street seems to enjoy as very little actually gets done in Washington. Given the populist rhetoric inside the Progressive wing of the Democratic Party an all Democratic Legislative & Executive branch could mean vast anti-business agenda designed to re-distribute all the gains the large corporations have enjoyed the past 7 years.

As I said, things are getting interesting.

It was another frustrating day for market participants. The level of confusion coming out of the Fed has gotten to the point where you have to wonder if the ones so many have put their faith in are even sane. On Friday Fed Chair Janet Yellen seemed to push the market expectations towards a continued ultra-low rate environment. Then on Monday Fed Vice Chair Stanley Fischer gave a speech warning about the DANGERS of low rates. (as we discussed all last week). Does anybody inside the Fed think it’s a good idea to have a COORDINATED communication policy? This is getting absolutely ridiculous and the longer they keep this up the less faith the market participants will have in anything they say or do.

One of those market participants is the new “Bond King” Jeffrey Gundlach of Doubleline. He’s had a negative outlook for stocks since the beginning of summer and when he returned from a summer sabbatical in September turned bearish on pretty much all asset classes, including bonds. He said on CNBC yesterday, “Janet Yellen doesn’t seem like she wants to raise rates,” and emphasized he believes more Fed stimulus is coming. He also emphasized the days of “negative rates are numbered,” which is bad news for bond yields.

According to Mr. Gundlach, the combination of the weak government bond market and an uncertain stock market stuck in a broad range is a recipe for potentially large losses. This chart from Advisor Perspectives shows a market potentially rolling over.  Mr. Gundlach cited S&P 2130 as being the level to watch. I still see 2120 as a “line in the sand” that could cause sellers to emerge. 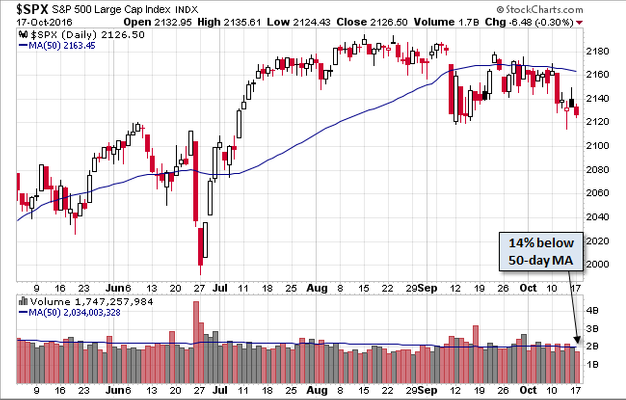 As has been the case lately, a strong rally faded into the afternoon. Unlike last Friday’s failed rally, stocks still posted decent gains. Minus earnings reports, which I’m purposely avoiding to keep my sanity (long-time readers know how much manipulation there is of reported earnings as well as the estimates analysts have to make sure the headlines read XYZ beats analysts’ estimates), there was little news yesterday or this morning.

The one surprise I saw, and another head scratcher was a report that 9 of the Fed member banks had voted last month to ask the Federal Reserve Board to raise the discount rate. The vote is not binding, but just a request. 8 banks had voted to raise it in August. Of course the Fed voting members ignored the request and kept both the discount rate and the Fed Funds rate unchanged in September. (The Fed funds rate is the rate banks charge each other to borrow over short-time frames to meet deposit needs. The discount rate is the rate the Fed charges member banks to borrow over the short-term.)

I’m not sure what it will take to get Janet Yellen to raise rates. She is clearly ignoring her own colleagues, the data, and advice from many other experts as she refuses to do anything to upset the markets.

It was one of those mornings where I think I clicked on nearly every site on my “Nerd Links” page looking for the story of the day. I didn’t find much. The ECB did vote to leave rates unchanged, which was not a surprise. They also did not mention “tapering” their QE program, which spooked markets last month. Other than that it is a very quiet morning following a small rally on Wednesday.

I’ve been traveling this week conducting client seminars. While I left politics out of the main presentation (per the request of our host advisors), the question about the election came up after each presentation. Last night after our seminar we watched the debate with one of our key advisors and his staff. As I did with the audience in the Q&A I will limit my comments to only the impact on the markets and the economy.

I was hopeful this debate moderator would actually address some of the critical economic issues our country is facing. He certainly tried, but unfortunately both candidates’ answers were canned “help the middle class” or “cut taxes & grow the economy” that offer little detail and little help. From what I’ve seen both candidates’ plans will cause the already growing deficit to expand at an exponential rate and will likely cause significant damage to the economy if implemented. After giving lip service to the question, the discussion quickly devolved into things completely unrelated to the economy.

I was almost shocked the moderator asked about Social Security and Medicare. This has been mostly ignored throughout the election. Again both candidates in their official platforms have plans that will actually make the Social Security & Medicare deficits worse. Again both candidates quickly switched the discussion from the question at hand back to their prepared attacks on the other person.

This article from the WSJ talks about why neither candidate is talking about Social Security & Medicare during this election. It’s really quite sad and very short-sited for the American people to not demand answers on this. These programs were not designed to be “pay as you go” or to be 25 year retirement plans that provide everything somebody would need to survive retirement, but that is what they have turned into and nobody seems willing to dare bring this up.

Like yesterday morning despite the plethora of sites on the Nerd Links page I really could not find anything insightful to share. There is disappointment the ECB did not announce more stimulus, but there is also relief they did not announce a “taper” of purchases. The market has fought to hold the 2120 line in the sand, but the rally off of that has developed a little mini “head & shoulders” pattern as shown in this chart from Advisor Perspectives. 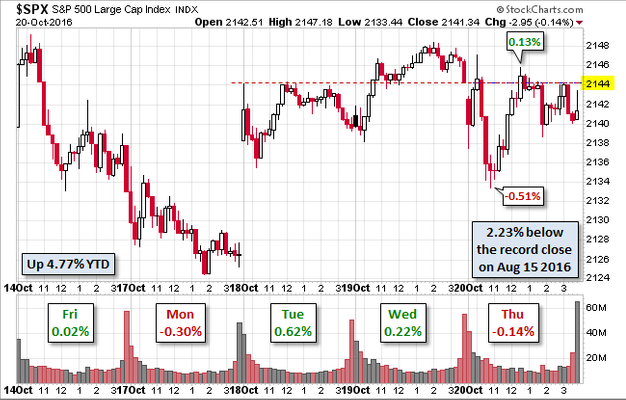 Looks like we will have to wait until next week for anything interesting to happen.

Be sure to check out our Current Allocations for our latest trade signals for each program.

About Jeff Hybiak, CFA
New Kent, VA
Jeff joined SEM in October 1998. Outside of SEM, Jeff is part of the worship team at LifePointe Christian Church where he plays the keyboard and bass guitar. He also coaches a club soccer team.
Previous Post : Elections &amp; the Markets   Next Post : The Retirement Savings Crisis