The S&P 500’s 9 day losing streak, the worst since 1980, came to an end thanks to the latest plot twist in this seemingly never-ending election season. Stock futures spiked and the markets never looked back after the FBI once again said Hillary Clinton did not break any laws (just used incredibly poor judgement for somebody that has been running for election nearly her entire adult life).

All of this should hopefully be over Tuesday night, although there are still several scenarios that could play out that would cause more uncertainty.  The Dash of Insight Blog lined out the possible outcomes we could see: 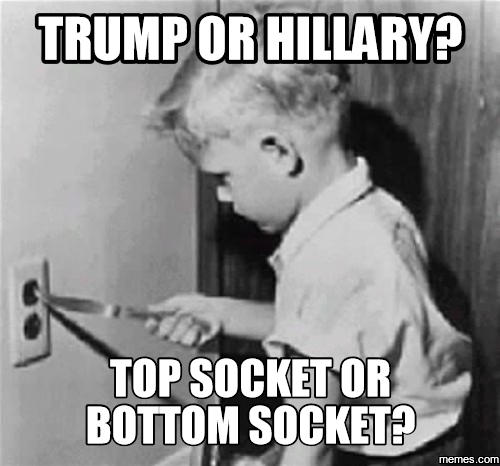 The first two scenarios are obviously not positive, but even the third could be perceived as a negative. The 4th could bring a furious rally for the market as too many people have put on hedges or sold their positions preparing for a different outcome. Guessing the outcome is hard enough, but figuring out how the market reacts is a dangerous game that we will not play.  Our trading systems have gotten more defensive the past two weeks (even our Dynamic programs) which makes sense and sticks to our core philosophy of letting the market participants and our study of market history and trends dictate our exposure, not our OPINIONS.

Election day is here and it should be a wild one. There used to be a code in the media to not “call” an election until polls are closed, but with early voting and non-mainstream media providing their own predictions I fully expect speculation on who is likely going to win to be occurring throughout the day. Newsweek has already made their call, choosing to ship a “Madame President” edition to retailers early as a “business decision”. They have a “President Trump” edition just in case, but did not pre-print & ship those covers.

Bloomberg is telling us to not read anything into the reaction to the election as it has only had a 50/50 success rate in predicting the returns for stocks the next 12 months.

Business Insider instead turned to uber-bull Tom Lee of Trendstat who sees only one negative scenario for stocks (Trump contesting the election). This really shouldn’t surprise you as according to Lee, every drop in the market including the ones in 2008 were “buying opportunities”. (Good work if you can find it!) 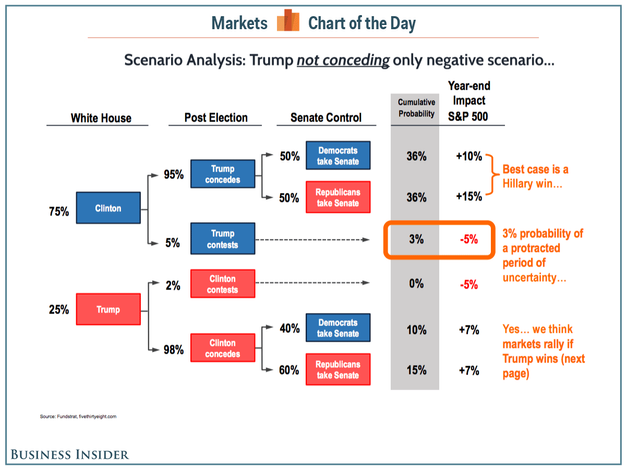 For those of you wanting the intricate details on election day, Goldman Sachs (as usual) provides the most thorough analysis. They warn that the polls and prediction markets are disagreeing in many swing states, which could lead to some incorrect “calls” throughout the day. Here is their minute by minute guide to election night. 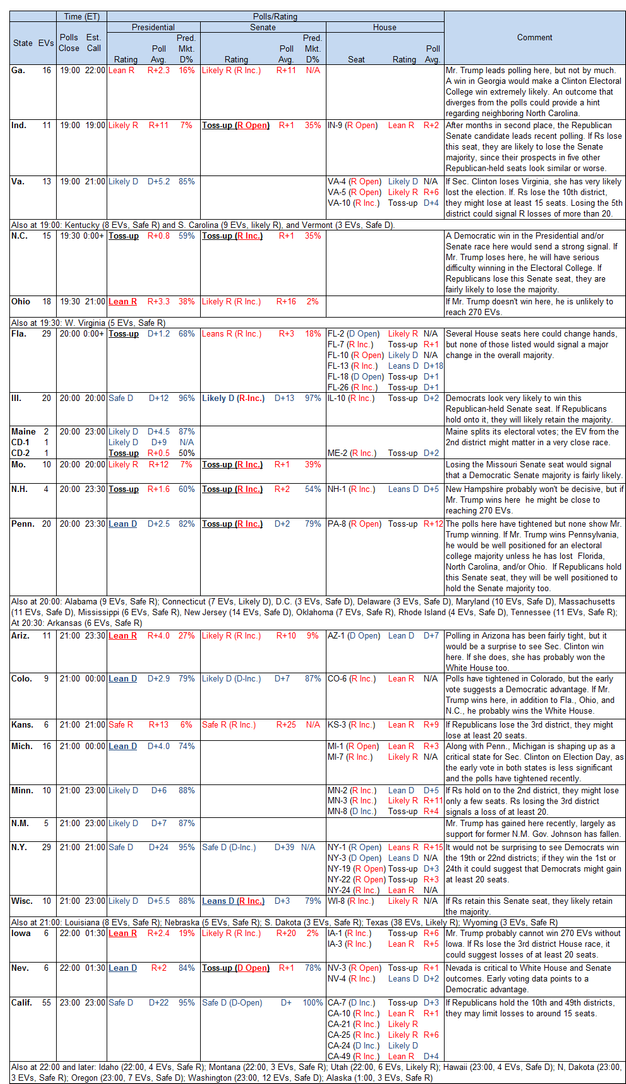 Whatever your political leanings, this is one for the history books. Depending on how things shake out we may not know until Wednesday who the next President is. This could potentially stretch out days, weeks, or even months. Keep in mind the supposedly ‘non-partisan’ Supreme Court is split 4-4 down party lines so they may not even provide a final ruling if necessary.

Yesterday’s rally was enough for our Volatility System inside EGA to issue a sell signal, bringing it down to a “moderate” exposure level, matching our other investment programs. Over the coming days, weeks, and months a more clear picture should develop. While things are sorted out, I’m certainly glad we have our well-tested mechanical trading systems in place to remove our subjective emotions from the investment decisions.

Check back tomorrow for additional updates.

Be sure to check our our Current Allocations for the latest trade signals.

About Jeff Hybiak, CFA
New Kent, VA
Jeff joined SEM in October 1998. Outside of SEM, Jeff is part of the worship team at LifePointe Community Church where he plays the keyboard and bass guitar. He also leads a small group Bible study.
Previous Post : Cliff Hanger   Next Post : Elections &amp; the Markets, Part 3