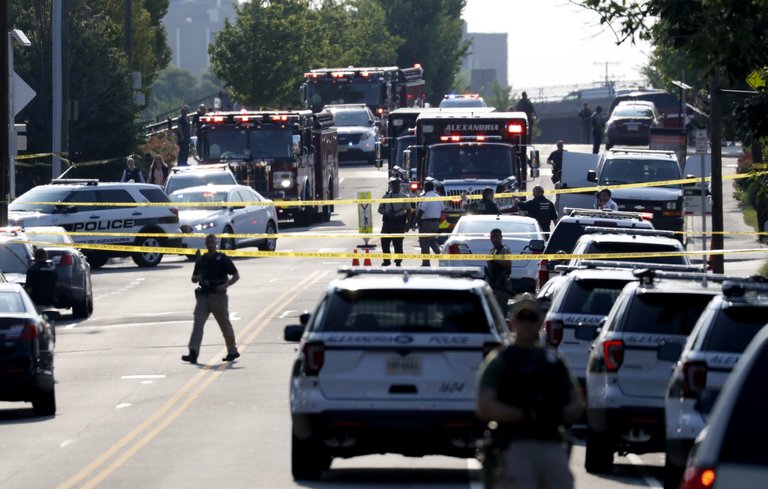 This morning we are met with another tragic sign we are in the midst of the ugliest part of the Social Cycle with the shooting at a Republican Congressional baseball practice. For 10 years now I’ve been talking about this phase — the “crisis”, which is a direct result of the “unraveling”. The unraveling of course occurred after the “high”. With the news still breaking I’ll reserve further comment other than saying my thoughts and prayers go out to all those impacted by this shooting.

This also again serves as a reminder that CIVIL conversation and realizing even those that do not share your political beliefs are still Americans. A little empathy and attempts at understanding the other side goes a long way.  Sadly my study of history and the Social Cycle tells me things could get worse before they get better.

This of course isn’t the first time a member of Congress was targeted during the Crisis phase. Here is what I wrote after the shooting of Gabrielle Giffords in Tucson.

Making Sense of a Tragedy

Saturday’s shooting of Congresswoman Gabrielle Giffords and several innocent bystanders was shocking.  It has left me a little bit numb and searching for words to describe all the thoughts crossing through my mind.

To have something like this happen to your Congressional representative in your hometown is a little surreal.  We just had lunch on Friday with several of our business partners that were in town for a conference less than half a mile from where the shooting took place.  The bank where I used to work is on the opposite corner of the shopping center and I used to drive to that Safeway on Saturday mornings to buy a copy of Investor’s Business Daily.

While I shared our country’s anger when I first heard of the shooting, sadly it was not a surprise to me that something like that would happen.  I’ve been studying social cycles for many years now & it is something I have touched on several times over the past few years.  Most recently I described the “social strife” we are experiencing and said we are at a point where the whole world is in a “bad mood”.  It typically gets much worse before it gets better.

Last July I was on the radio discussing the Social Cycles and how they impact our country.  You can listen to the replay on  our Podcast page if you want to gain a better understanding of the cycles and what they mean for our future.

Historically our country has seen about an 80 year cycle, divided into 4ths where the various generations play an important part in the events that play out.  Typically the first and third portions of the 80 year cycle are peaceful and prosperous, although with different drivers.  The 2nd & 4th portions are marked by major social changes, political upheaval, and many violent events.  The key difference is the age of the various generations at the time.

Every 80 years there has been an “ideological” generation that is born following a major crisis in the country.  They are treasured and protected as youths as the country is fragile and recovering from a major crisis.  As they enter young adulthood, this generation begins to feel oppressed by the “sameness” that is prevalent and begins to seek changes to society.  Often times those changes are met by fierce opposition from the elders, resulting in violence.  Think back to the 60’s and 70’s and how violent our country became.  Civil rights leaders, Congressmen, and even the President had attempts made on their lives.

The 4th period of the cycle is also marked by violence and upheaval, but it is typically much worse than the awakening period 40 years earlier because the problems that built up over the prior portions of the cycle are coming to a head.  There is a tremendous gap between the wealthy and the middle class.  The aging ideological generation is trying to get some last minute things accomplished, which creates a large divide politically.  The generation next in line to run the country is trying to figure out how to fix the mess.  So many people are upset about the situation our country is in and the lack of progress towards fixing the problems.  The country becomes very polarized and it results in outbreaks of violence that we thought were not possible in our life times.

I always end these discussions on the social cycle with a reminder that while things may get worse from here, they will eventually get better.  I hope it is sooner rather than later, but I’ve already heard people (including Pima County’s Sheriff – a very liberal Democrat as well as Paul Krugman of the New York Times) blame the people on the far right for inciting this violence.  Pointing the finger at the other side does not help solve the problem, it only makes it worse.

The shooter was an unstable person attacking our democracy.  No more, no less.

What has left me somewhat baffled is that Congresswoman Giffords is part of the next generation of politicians.  In the political spectrum, she is just to the left of center, a far cry from the extreme ideological positions that have been prevalent the past 10 years from the older generation of politicians.  Of the representatives I have written to she not only was the quickest at responding to the inquiry (typically in a matter of days), but she was the only one that didn’t send a form letter type response.  Sadly it was her openness to communicate with her constituents that allowed this tragedy to occur.

Our prayers are with Congresswoman Giffords along with all the other victims and their families.  Hopefully this will make our country stronger and make us all realize that what makes our country great is our ability to elect our representatives and then to let them know our opinions on various subjects.  When people start using violence to voice their opinions we are no better off than a third world country.

For more, check out Social Uprising

About Jeff Hybiak, CFA
New Kent, VA
Jeff joined SEM in October 1998. Outside of SEM, Jeff is part of the worship team at LifePointe Christian Church where he plays the keyboard and bass guitar. He also coaches a club soccer team.
Previous Post : Rising Rates Not Always a Bad Thing   Next Post : Already a Fiduciary