Over the past several years as the S&P 500 has marched steadily higher clients in our lowest risk strategies (Income Allocator & Tactical Bond) have grown anxious. Even though most clients invested in these two programs are there because they either had a very low ability or willingness to take risk with their account, the appeal of a seemingly smooth climb upwards in the stock market has been too much for some clients. This isn’t just an issue with SEM. Advisors across the country are reporting a “capitulation” type move out of low risk investments and into stocks in the latter half of 2017 and early portions of 2018.

We’ve discussed several times already this year what happens when people that should not be “speeding” see any signs of trouble ahead — they slam on their brakes and often cause an accident. After a 9 year bull market that averaged returns double the long-term average it is important when evaluating an investment to look at what the future may hold rather than extrapolating the recent performance indefinitely into the future. Stocks can and will go down. Bear markets have not been eliminated. The longer the bull market the more extreme a bear market tends to be. 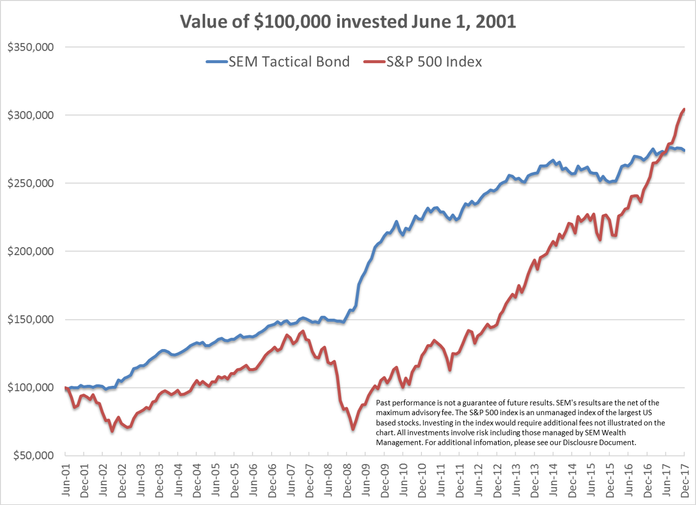 When you take a step back and look at a FULL market cycle, one that includes both bull and bear markets, wise investors compare the returns they are likely to receive to the risk of the investment. Even though the S&P 500 is not a good comparison for our Tactical Bond program given the vastly different investments each utilizes, the return to risk comparison tells a completely different story than the one above. 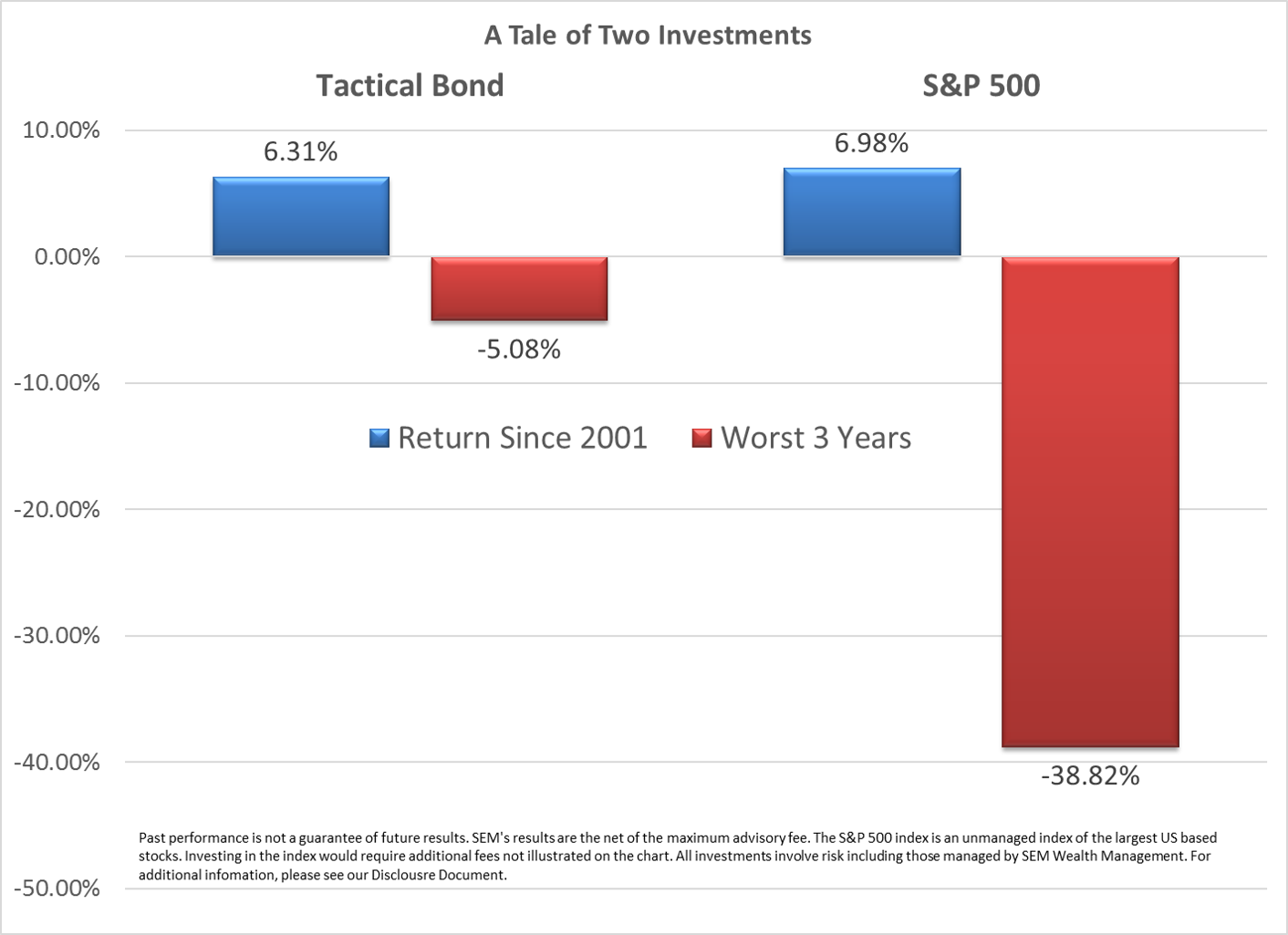 The purpose of Tactical Bond (and our similarly managed Income Allocator (INA) and Tax Advantage Bond (TAB) models) is not to beat the S&P 500, but rather to provide a buffer from market volatility. These programs are designed for investors or portions of their money where not much risk can be taken either due to a low willingness or ability to assume any risk. For other portions of the portfolio we provide programs designed to capture significantly more of the upside in the market. Of course these programs also come with higher risk, although even our AmeriGuard programs have lower risk than the S&P 500 (and most with higher returns as well).

With these programs we can only deliver what the market gives us. We will never force trades into higher risk investments simply to generate higher returns. Since 1992, the primary driver of returns for the next 12 months has been the spread between high yield bonds and Treasury Bonds along with the yield on the 10 year Treasury Bond. After a nice spike at the end of 2015 spreads have declined steadily for two years. Our fixed income programs made nice gains following the spike, but are back to an environment where it is tough to generate returns.

Looking at the chart below, it is important to keep in mind one thing. Spreads do not stay low forever. Inevitably they will spike giving SEM and our clients the opportunity for significantly higher returns in the future. The key is biding our time waiting for that opportunity. 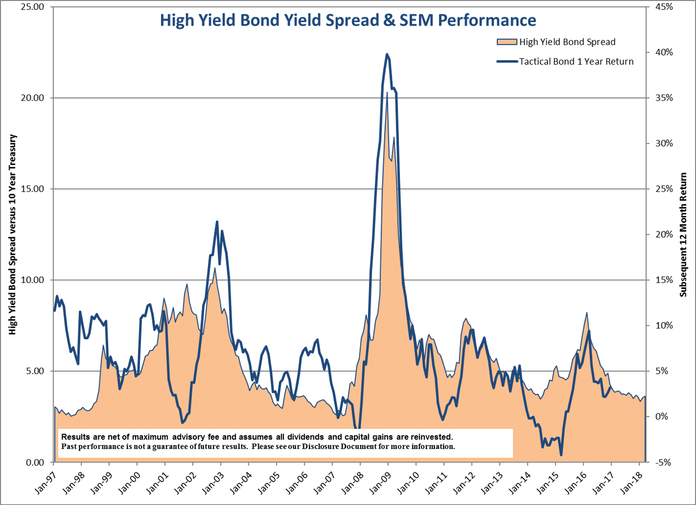 Nobody knows when that opportunity will come. Looking at the brewing trade war combined with a Federal Reserve focused on raising interest rates, that is likely to occur sooner rather than later. Even a small spike like we saw in 2011 or 2016 could lead to much higher returns for our low risk programs. Conversely a spike like that could cause serious damage to buy & hold S&P 500 investors.

Most longer-term clients of SEM should have money invested in our Dynamic & AmeriGuard programs along with our Tactical Bond program. This allows them to still participate on the upside without taking on too much risk. If you would like us to evaluate your Ability & Willingness to assume risk and illustrate how SEM could help you maximize returns around that risk number, click here to take our free risk assessment.

About Jeff Hybiak, CFA
New Kent, VA
Jeff joined SEM in October 1998. Outside of SEM, Jeff is part of the worship team at LifePointe Christian Church where he plays the keyboard and bass guitar. He also coaches a club soccer team.
Previous Post : Trading Trump   Next Post : The aftermath of a parabolic move