Source of the next crisis?

One of the most common behavioral biases in humans is “representativeness” bias. As Nobel Prize winning economist Dr. Daniel Kahneman described how our brains our programmed to work it is easy to see why this is the case — our brains are generally lazy and want the easiest, quickest answer. When dealing with a difficult situation we want to make the solution and next steps easy to understand so one heuristic (mental short-cut) we use is to find a situation that looks similar to the current one and project it onto our current situation.

When I describe this market as a bubble people look at me like I’m crazy. They point to the P/E ratio now versus 2000 or the fact housing prices have not heated up across the country. Besides hindsight bias (believing the past bear markets were predictable) they were trying to predict the next crisis by comparing it to past ones. What nearly everyone fails to understand is bear markets do look very similar — in price action, but the SOURCE of the bear market is rarely the same. The reason the price action looks similar each time is due to the collective behavioral biases of the market participants.

If you are an advisor or an investor and you do not understand that last sentence, you are doomed to expose yourself to the emotional swings the market will inevitably bring. That sentence is the primary reason SEM has survived the last 26+ years and has developed a platform for our advisors and their clients to help overcome the collective biases of the market participants.

[To read some of the articles I’ve written about Dr. Kahneman’s revolutionary book, click here]

So what might bring the next crisis? I think if we look at what caused this market bubble the last 9 years it is easy to see. The Fed “stimulated” the economy by encouraging borrowing. This hasn’t led to runaway mortgages, but instead runaway corporate debt. For years I’ve lambasted corporations for borrowing money not to invest in capital improvements, but instead to increase dividends and buy back shares. This helped to give their stock a short-term boost, but now with interest rates already moving higher and the Fed likely to keep pushing them up, corporations are facing a serious problem — all that debt they issued is coming due.

They do not have the sales boost capital improvement projects would have brought. Instead they have restless shareholders used to the boost of rising dividends and share repurchases. This chart shows the dire situation the S&P 500 corporations are facing over the next few years. 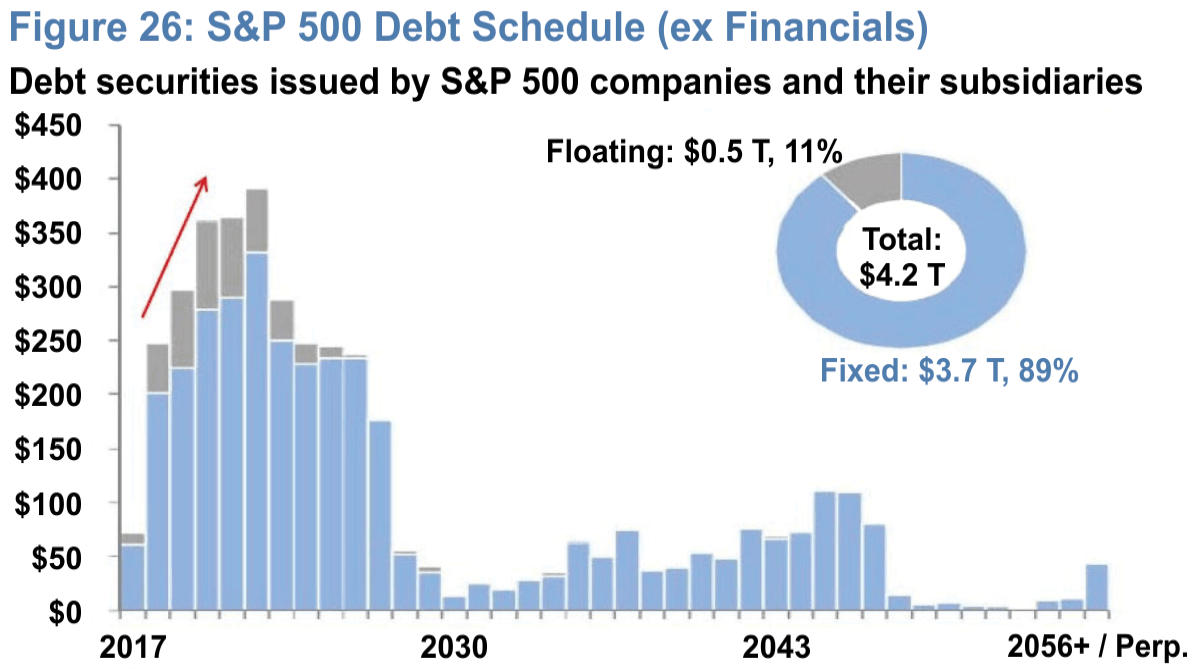 While most people have been applauding the “deleveraging” of our economy (focusing only on personal debt), corporations have quietly pushed debt levels as a percent of our economy to all-time highs. Defaults have been low, so this has encouraged excessive risk taking, but one thing we’ve learned — once the defaults start they can quickly escalate which will also swing the economy back into a recession. Stocks will not be immune and will end up losing more than bonds. 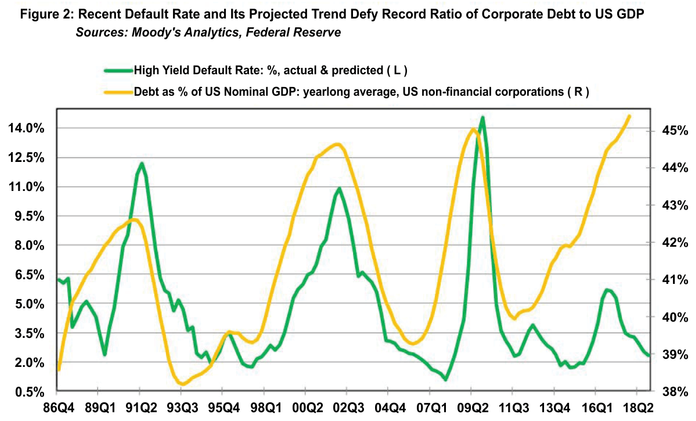 Whether this occurs this year or not, SEM is ready as we always have been to use our Scientifically Engineered Models to manage around the behavioral biases of market participants, our advisors, and their clients.

About Jeff Hybiak, CFA
New Kent, VA
Jeff joined SEM in October 1998. Outside of SEM, Jeff is part of the worship team at LifePointe Christian Church where he plays the keyboard and bass guitar. He also coaches a club soccer team.
Previous Post : 1st Quarter 2018 - Spring Newsletter   Next Post : That may have been a cop