This week our nation mourned the loss of George H.W. Bush. While he certainly had his faults as all humans do, the countless stories about his amazing life made it clear — he was respected from both sides of the political spectrum. Part of this was because he respected those who opposed his political beliefs, but part of it was where we were at in the social cycle. This week our “Three in Three” video returns. Check out the video below. For those of you that prefer reading over videos, scroll down for the written discussion 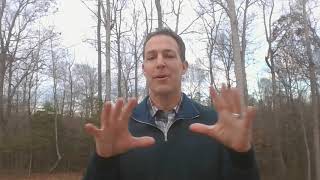 Pew Research released a fascinating tool last year which plotted where Americans fell on the political spectrum over various survey periods. I discussed this in detail last November in my post “The Consequences of Political Polarization“. I’ve argued many times that people like Ronald Reagan, George H.W. Bush, and Bill Clinton would probably not even win the primaries in today’s political environment. Most people look at me like I’m crazy, but these charts highlight how quickly our political environment has changed.

The first chart shows the political spectrum two years after George H.W. lost to President Clinton. While we do not have the survey results in this tool to show it, many of the articles mentioned how during H.W.’s tenure the Christian “right” started to become a force. This led the Republicans to shift further to the right. When Clinton was elected, the average Democrat was smack dab in the middle of the spectrum. This is probably why Bill was able to work so well with Republicans to get things done.

The second chart shows an interesting shift. Half way through George W’s tenure the Republicans had shifted to the middle of the spectrum while Democrats had made a shift to the left. All those Republicans who now criticize George W (and many other “Rhino” – Republican in Name Only Republicans) for being too “moderate” have forgotten the average Republican at that time was moderate. 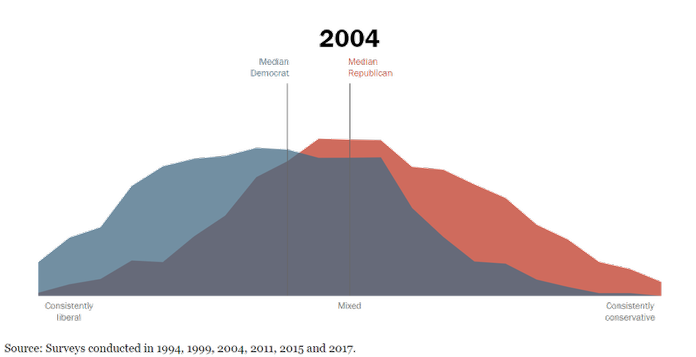 The final chart shows the current environment. Both parties have shifted significantly to the outside. Almost the entire shift for Republicans occurred from 2008 to 2011 as they fought the “progressives”  controlling the White House and Congress. The Democrats have continued to shift to the left each survey and are much further from the middle than Republicans. I would venture to guess based on the results of the mid-term elections we would see the Democrats shifting even further to the left in 2018. 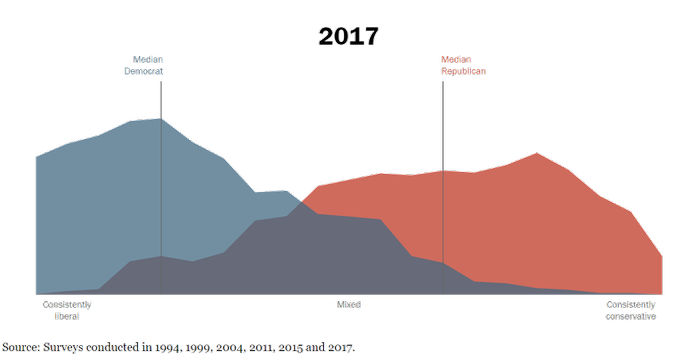 The bigger take-away is there is a large divide in the middle waiting to be filled. While we mourn the passing of George H.W. Bush and a few months back John McCain as an “end to an era”, it is important to remember these things move in cycles. There is also a large bulge of Republicans even further to the right.  Over the next two years we will either see Republicans moving further to the right to fight the far left movement of the Democrats or they will shift more to the middle to capture the moderate Democrats who feel abandoned by their own party’s shift.

Resets do not happen overnight, but it will be an interesting couple of years. For all of us, regardless of where you fall on the political spectrum, it is up to us to follow the example of George H.W. Bush — respect those who disagree with you, present your side in a respectful, logical manner, and remember we are all Americans.

About Jeff Hybiak, CFA
New Kent, VA
Jeff joined SEM in October 1998. Outside of SEM, Jeff is part of the worship team at LifePointe Christian Church where he plays the keyboard and bass guitar. He also coaches a club soccer team.
Previous Post : Finance 351: Sensitivity of Stock Valuations   Next Post : Competition for Stocks