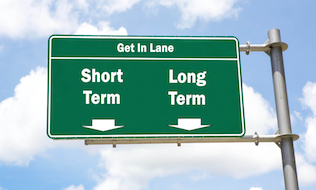 For those of you just returning from a nice, long vacation, you didn’t miss much this summer.  Thanks to the Fed’s “transparent” communication policy, absolutely nobody (including most members of the Fed it seems) has any clue what the Federal Reserve is going to do with interest rates.  They are “data dependent”, but based on the rhetoric coming out of the Fed this summer, they don’t know which data is important or what exactly it means.

For those that have been following along this summer, I’ll spare you the details as all we really learned this summer is the Fed is one of those drivers that cannot make up their mind which lane they want to be in and is constantly swerving between the short-term & long-term lanes.

The year started with a big sell-off after the Fed raised interest rates in December.  Then in February not only did Janet Yellen start talking about delaying any further rate increases, she said the Fed was studying NEGATIVE interest rates.  The market took off.  Unfortunately, the enthusiasm behind the rally has been lackluster at best, especially compared to how much volume was behind the selling. 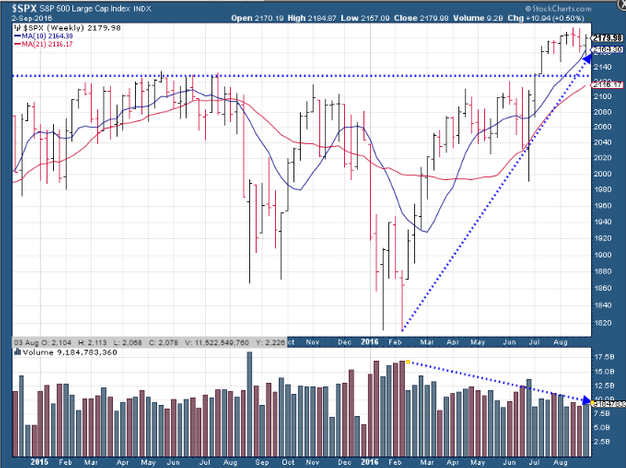 Sometimes when you’re driving behind somebody that is swerving between lanes it is best to keep your distance and be ready to put your foot on the break and swerve to avoid any accidents they might cause.  That’s exactly what we are doing at SEM. 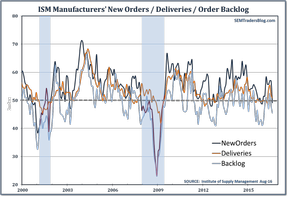 It’s beginning to look like the “bad news is good news” syndrome is kicking in for market participants.  Last Friday’s payrolls report was decent, but was not only below expectations showed payroll and wage growth slowing from the prior two months.  That followed Thursday’s ISM Manufacturing index that showed the manufacturing sector running at a pace that indicates an economic contraction (including three components that are part of my leading indicators).

Yesterday the ISM Non-Manufacturing (Services) survey was out for August and it too came in far below expectations and well below the prior two months’ pace. The Business Activity component of the survey is one of my leading indicators and it is at a level we have not seen since 2010. 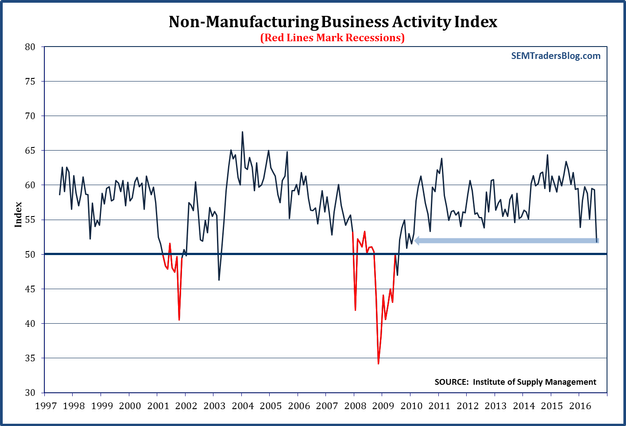 The contribution of the August data to my leading indicators so far has brought a fairly significant slowdown in my model’s economic growth projections for the next year (down 0.2%).  The economy is still expanding just at a slower pace (for more check out my latest Economic Outlook).

What I find fascinating, yet unbelievably frustrating is the fact the market participants are celebrating this slowdown.  If it keeps up I’m sure we’ll have members of the Fed suggesting maybe they should do MORE stimulus & of course the market will launch a furious rally when that happens.

What nobody on the Fed seems to be asking is WHY the economy could not handle a tiny 0.25% increase in interest rates?  WHY have we experienced the worst economic recovery in the history of our country despite over $3 Trillion of Fed stimulus via QE, 7 years of interest rates near zero percent, and another $10 Trillion of government stimulus (via deficit spending)?  (Hint:  It’s a combination of the Law of Diminishing Returns and major STRUCTURAL issues with our economy — see The Grand Experiment & Broken Model for more.)

I think these two charts from Advisor Perspectives really do a nice job of illustrating the frustration of being involved in a market that is hyper-sensitive to anything the Fed says or does. 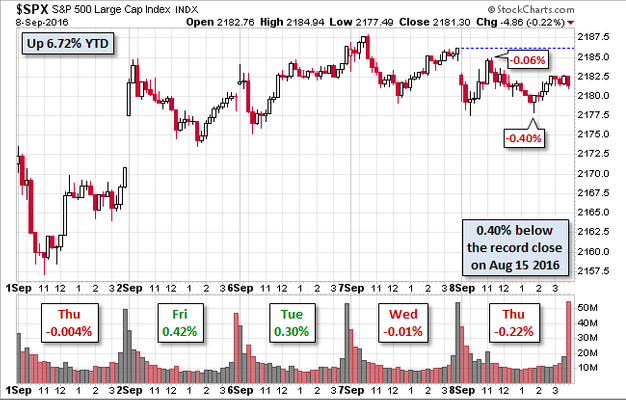 The market popped higher on a weaker than expected payrolls report, but since then has gone back to wondering what the Fed will or won’t do.  Over the more intermediate-term, after finally breaking out of an 18 month, 15% trading range when the Fed’s meeting minutes indicated they were “concerned about weaker economic data”, we’ve been beaten with this sideways drift. 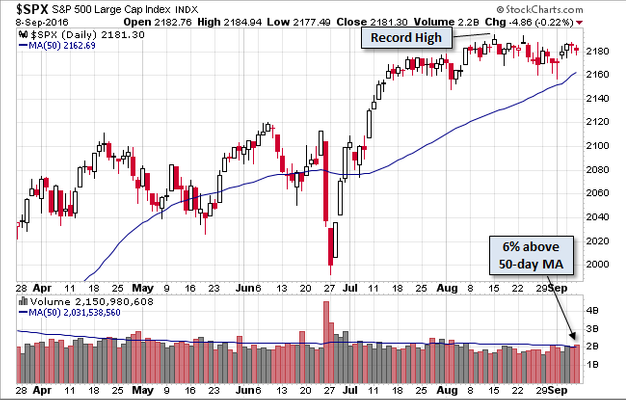 Will they or won’t they?  Again, this is a short-term focused market thanks to a short-term focused Fed.  I was convinced following the August data releases so far there is no way the Fed would raise rates at their meeting in a couple of weeks, but after reading about Doubleline’s Jeffrey Gundlach’s assessment of the Fed, I’m not so sure.  Mr. Gundlach believes the Fed may want to “surprise” with a rate hike to show the market’s do not control policy.  He is quite bearish on nearly all asset classes, and said stocks and bonds could be in for a “difficult time” in the near future.  He is calling for a large correction in stocks and a move in 10 year rates to above 2%.

What has me concerned if he is correct (and he has a very strong track record with his market calls), is the fact a sell off in bonds and stocks is not something the “risk parity” models are set-up to handle.  They assume stocks and bonds have a somewhat negative correlation.  If stocks & bonds go down too much together, we could see another massive unwinding of this and other derivative based trades. 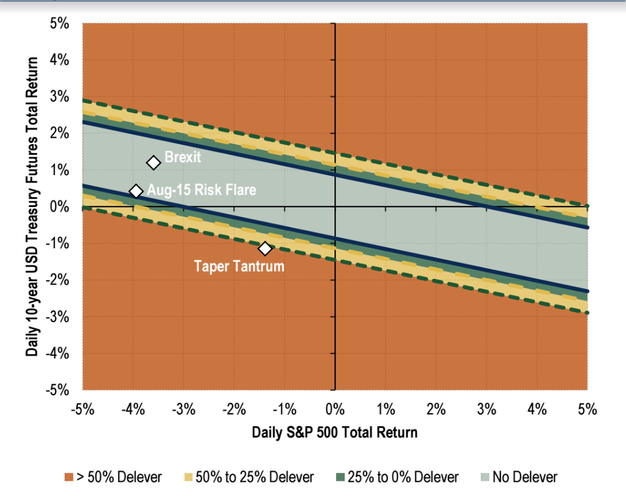 We discussed this mess last week — risk parity on Tuesday & the dangerous use of derivatives in these and other Wall Street computer models on Thursday (click here for a refresher).

Sounds like it’s time to check all of our trading systems and positions as we prepare to put the defense back on the field.  If Mr. Gundlach is right, we may be longing for another 42 day streak of not having moves greater than +/- 1%.

Be sure to check out our Current Allocations page for a summary of our positions and the latest signals from our trading systems.

About Jeff Hybiak, CFA
New Kent, VA
Jeff joined SEM in October 1998. Outside of SEM, Jeff is part of the worship team at LifePointe Christian Church where he plays the keyboard and bass guitar. He also coaches a club soccer team.
Previous Post : Bubbles &amp; Our Emotions   Next Post : What is &#39;normal&#39; employment growth?