A Plan for All Markets

Volatility has become the norm it seems. After a nice steady first year under President Trump, since the beginning of 2018 we have seen the market swing wildly. The key drivers have been interest rates and trade policies. Both have put a sharp focus on the chances of entering a recession.

With the exception of the summer/fall of 2011 and late 2015/early 2016 the bull market and economic expansion has led most investors, their advisors, and analysts alike to believe a low-cost passive strategy is superior. While attending a conference last week the advantage of SEM’s approach was apparent. There were a couple of fellow portfolio managers in attendance. One, who is allegedly a “quantitative” manager spent every break on the phone with his office asking about the price of the “QQQs” and “SPY” and “TLT”. You could overhear him saying, “what is our sell point?” and “where did we buy it?” He even said “at this point it almost seems like we should just ride it out because it’s due for a bounce.” I visibly shuddered. That’s a position I would never want to be in.

I also heard a few other investment managers describe their strategy as (insert owner’s name or ‘our committee’) looks at the market (every day/every week) and decides what is best given the current environment. I know a couple of these people and have watched them for a few decades. No offense against them, but I would not trust my clients’ money with them no matter how smart they are. I wouldn’t trust myself to “sit around my computer and decide what to do’.

Emotions will get the best of us at some point, both as investment managers and advisors. I heard all kinds of opinions from advisors who are paid to be financial planners wanting to insert their own market outlook on their clients’ portfolios. My question was always, “what if you’re wrong?” Most said they would adjust. I know from experience those adjustments are often far too late (or too early). When the heat is on, we tend to make even more emotional mistakes with our decisions.

We’re entering what could be one of the most uncertain years since 2008. Trade wars, interest rates, recessions, global unrest, impeachment, the Presidential and Congressional election, and who knows what else have set us up for a market that may have swings like the 3rd quarter as the norm. Big moves above or below the band we’ve been in are certainly possible.

I was looking at the data for the markets and our portfolios and thought it really highlighted the value of our approach as well as how we have a plan for all kinds of markets.

The first Chart of the Week simply shows some index funds. I chose them as close representatives of the fund choices available in the Federal Thrift Savings Plan (TSP). A large portion of our clients and several of our advisors work heavily with Federal Employees. These indexes are also available in nearly every retirement plan. 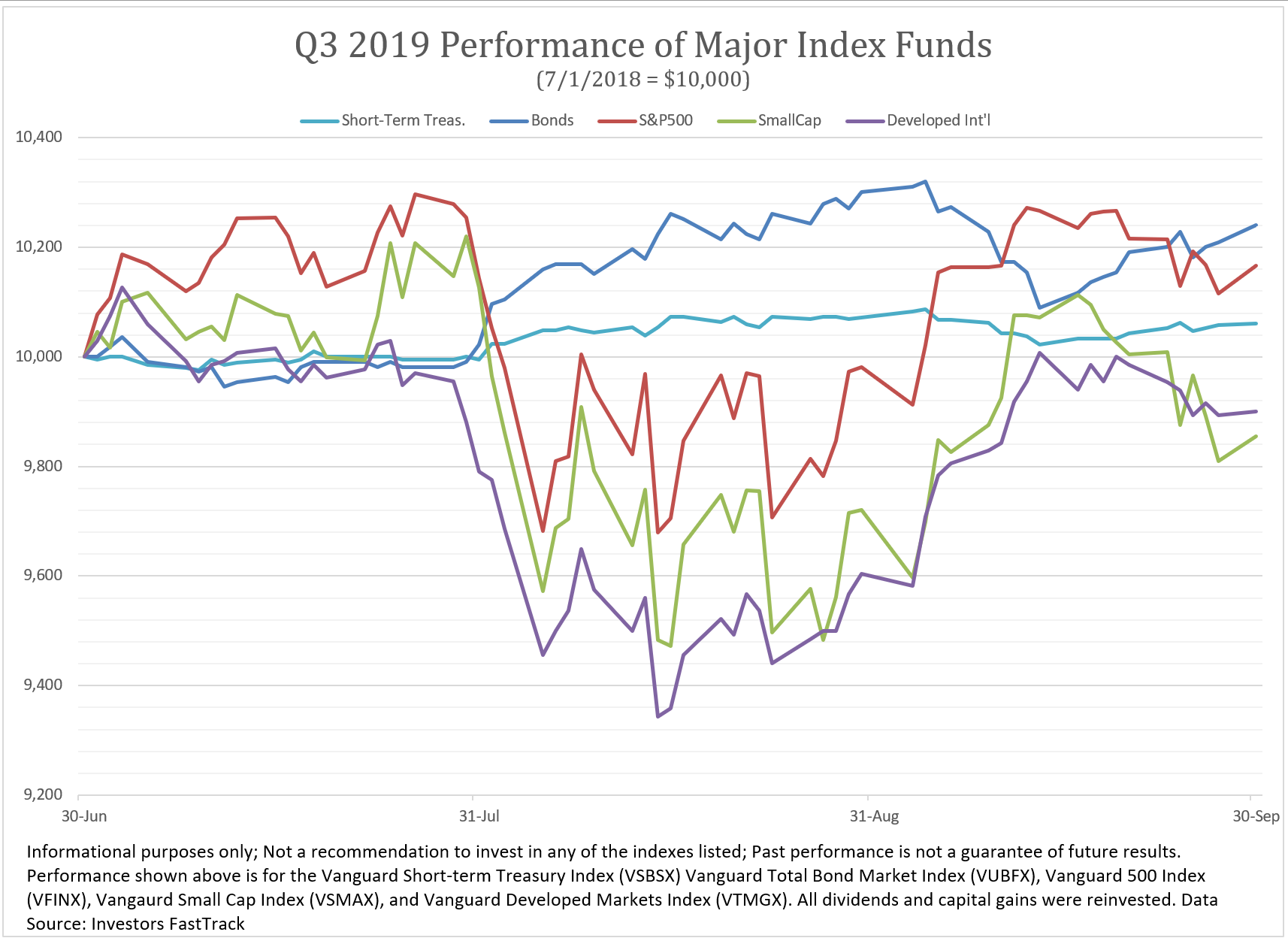 The second Chart of the Week layers in a couple of SEM’s most popular models and illustrates how our approach to “income” and “growth” is different than the passive strategies that are out there. Both outperformed the passive index funds, but note the different paths they took to get there. Dynamic Income had a fairly large allocation to Treasury Bonds and no stock exposure. More on AmeriGuard’s exposure below the third chart. 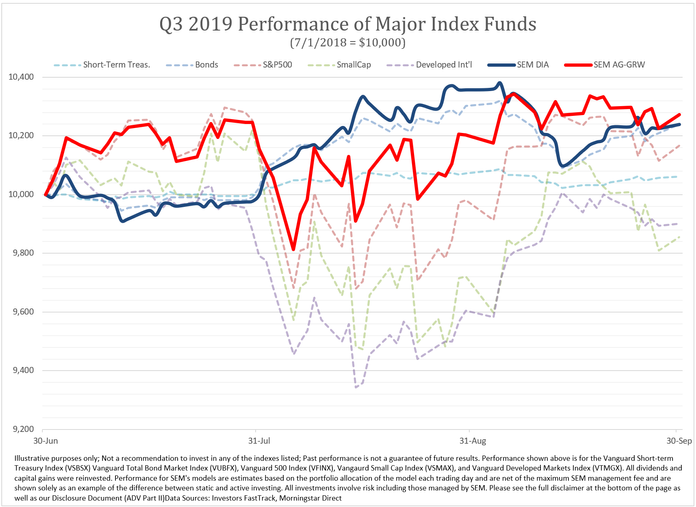 The third Chart of the Week shows the two primary drivers behind AmeriGuard’s solid 3rd quarter — allocations to dividend stocks and real estate. This is the beauty of AmeriGuard when compared to most “strategic” portfolios that are out there. Rather than having a static “target” allocation, we can adjust each quarter the allocation to sectors that are in favor and completely remove sectors that aren’t (like small cap and international). In addition to this, if things get really bad, AmeriGuard-Growth can adjust from a 100% equity allocation down to 70%, with the difference being invested in bonds. 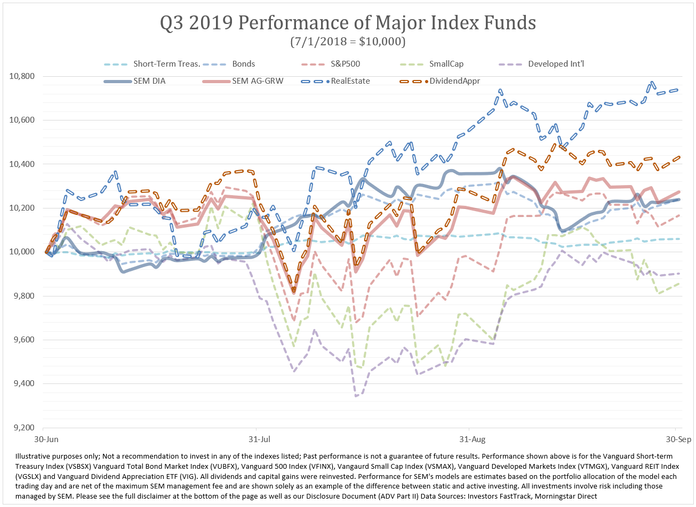 SEM is unique. Regardless of the market direction or what happens in the economy we have a plan. I left the conference as I have left every conference the last 5 years — fully confident that there is not another investment manager out there that does what SEM does.

Of course being different is not always comfortable. The keynote speaker asked the audience, “what if…….” I challenge you today to ask, “what if I chose to do something different than any of the other advisors in my area?” Based on the advisors we work with who have done this already, the results could completely change your business.

About Jeff Hybiak, CFA
New Kent, VA
Jeff joined SEM in October 1998. Outside of SEM, Jeff is part of the worship team at LifePointe Christian Church where he plays the keyboard and bass guitar. He also coaches a club soccer team.
Previous Post : We just want you to stick to the plan   Next Post : Your Starting Point Matters