Some pundits have postulated that the President’s “hold my beer” tweet following the Fed’s decision to “only” cut interest rates by 1/4% instead of 1/2% was to force the Fed’s hand into cutting rates much more significantly in September. The Fed has specifically cited “trade uncertainties” as something that is hampering the economy. The president of course has cited the Fed has the ones hampering the economy. The data says they are both correct.

[By the way, I realize the President doesn’t drink. The ‘hold my beer’ meme was a tongue in cheek joke we made in our office about how he can’t seem to let his approval rating climb too high before sending it lower with an off the cuff tweet. Also, if you read the entire post, I didn’t say the president was a ‘failure’. We won’t know whether or not his tactics work until we are YEARS down the road. Unfortunately, the market (and voters) are short-term focused and obviously were not happy with his latest twitter rant.]

Candidate Trump himself said the Fed created a bubble. He was right in saying the Fed should have been raising rates and unwinding their balance sheet beginning as early as 2013. They definitely should have been raising rates throughout 2017. They most certainly have caused a drag on the economy, but they also need to have some tools to fight the next recession. As they are learning in Europe, the closer you get to the zero-bound (and now negative rates) the less impact changes in interest rates will have.

Enough politics/Fed policy — the bottom line is the DATA says the economy is still slowing fairly significantly. Here’s a look at the latest update to our economic model. Our Dynamic Models remain “bearish” as they have since February. This means those models remain with no exposure to the riskiest assets in their benchmark — dividend growth stocks for Dynamic Income Allocation and small cap and emerging markets for Dynamic Aggressive Growth. 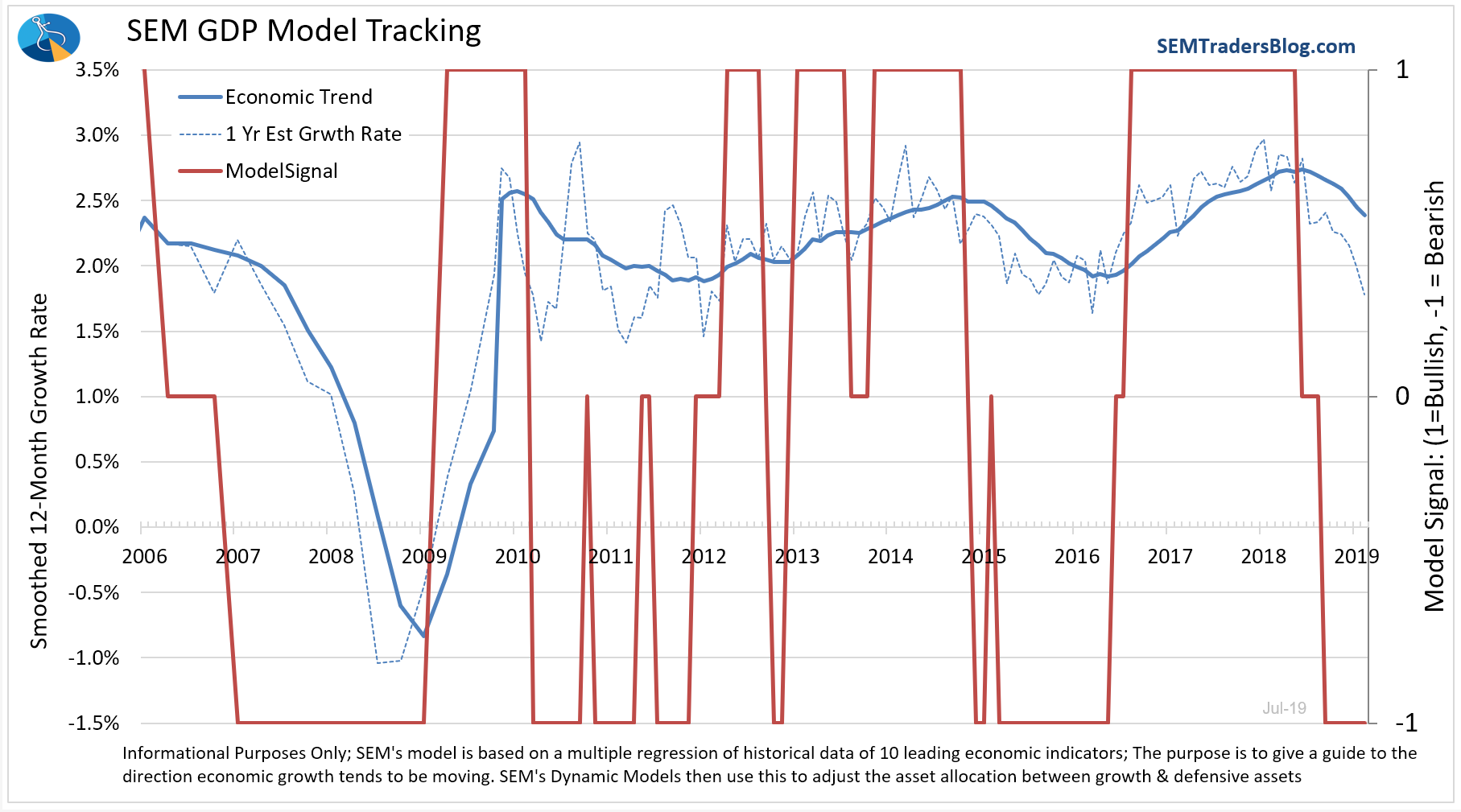 Up until this point it’s been manufacturing activity that has been dragging down our indicators. In July the slowdown hit the service sector as shown here in the Service Business Activity Index. 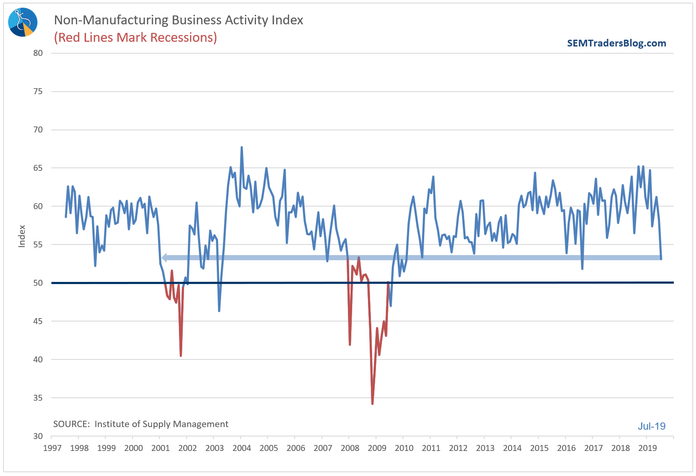 Remember, it takes 9-12 months for a change in interest rates to cycle through the economy. We are still feeling the impact of last fall & winter’s rate increases. We won’t see any benefit from the rate cut until sometime next summer. With rates still relatively low and employment basically maxed out, there is likely to be little economic impact from this cut. This is a concern as investors are banking on the Fed being able to save the economy from a recession.

As the data shows they are probably going to be greatly disappointed.

About Jeff Hybiak, CFA
New Kent, VA
Jeff joined SEM in October 1998. Outside of SEM, Jeff is part of the worship team at LifePointe Christian Church where he plays the keyboard and bass guitar. He also leads a small group Bible study.
Previous Post : Much ado about nothing?   Next Post : Hold My Beer